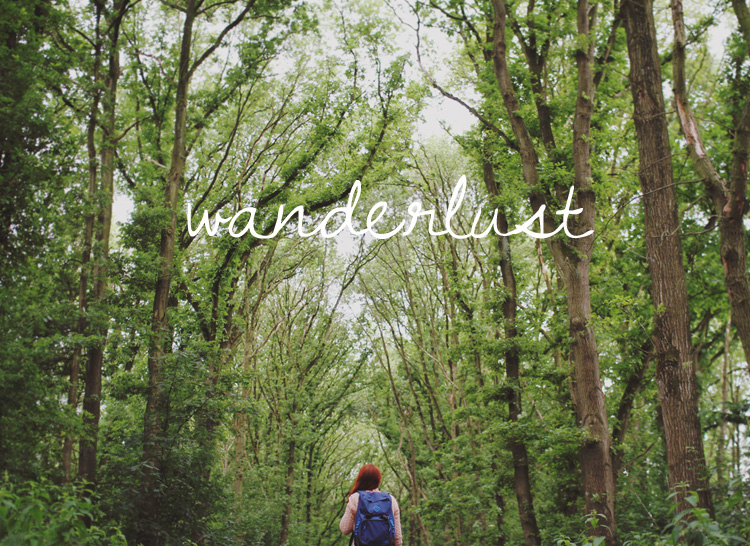 First things first: I don’t really like the term ‘bucketlist’. Nonetheless, I’ll use it for this post to list at least a few of the places I still want to visit. At this point I’m still trying to figure out where to travel later this year, as I still have plenty of vacation days left. And I can’t deny it, the itch to just leave this place and travel has been growing stronger and stronger again! There are so many places to choose from that I often get a bit overwhelmed when picking a place. At this point, I’m in that exact state haha. So to make it a bit easier, I’m going to try and make a little selection… Most of the ones I’ve picked out because I really like the landscape, or the culture, a combination of both or simply just because of a feeling, an unexplainable attraction. Also, a lot of these are not in Europe. Since I’m only a poor barista, I simply do not have the funds to really travel outside of Europe. I really want to though! As you will notice… 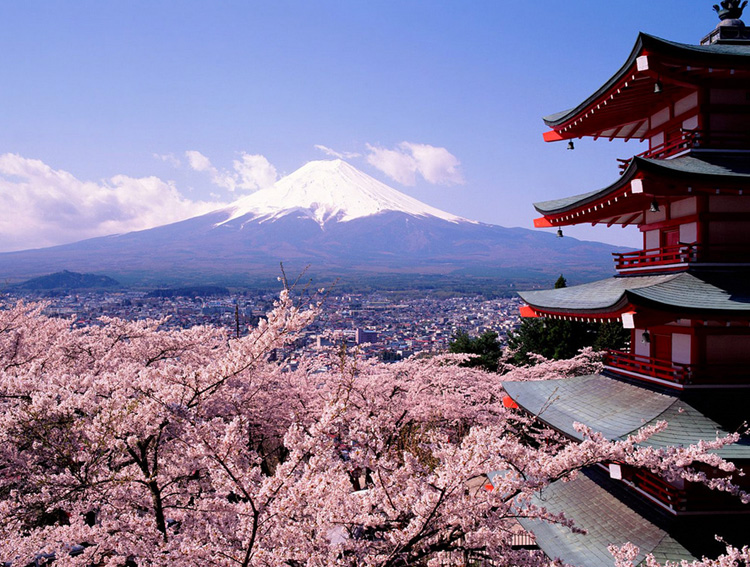 Japan has always been high on my list! I have no idea why exactly, but there’s something mesmerizing about Japan. Maybe it’s the different culture, the sakura, the cat cafes, the anime things I used to love when I was a teenager? I’m not sure it’s something I can pinpoint. Lately a few of my friends have been there and after seeing their pictures, I just can’t wait! 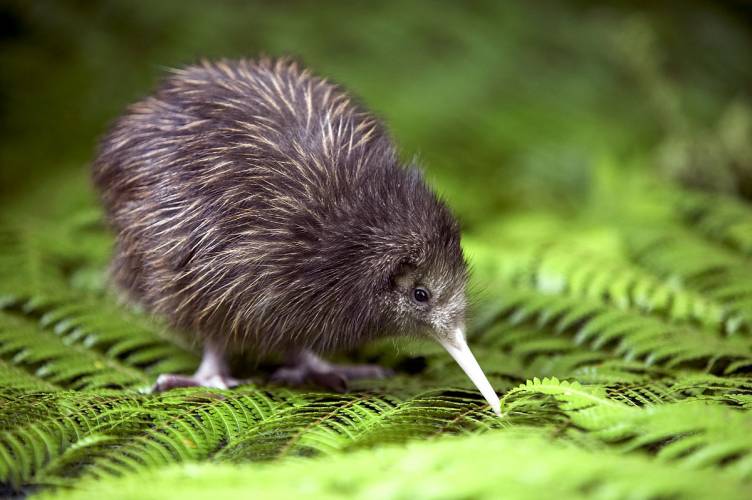 I’m not going to lie, the reason I’ve always wanted to visit New Zealand is a bit of a cliché one: Lord Of The Rings! The beautiful landscapes have been on my mind ever since I saw the Fellowship. It’s gonna be crazy expensive though. One day. Oh and also, kiwis. KIWIS! (I figured 99% of the population has seen Lord Of The Rings so you know how New Zealand looks like. Never enough Kiwis!!) 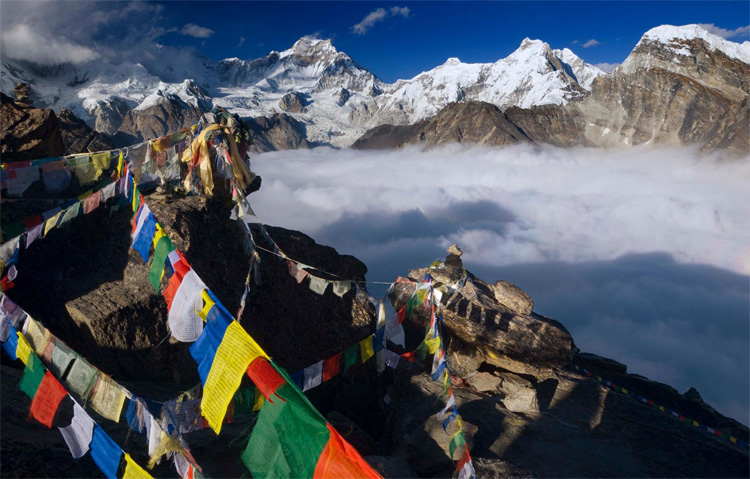 For some strange reason I’ve been obsessed with Nepal ever since I was young. I suspect seeing the movie Seven Years In Tibet might have something to do with it (although, why Nepal and not Tibet? Not sure… close enough though.) Ever since I saw that movie when I was young, I was just amazed by the landscape and the majestic mountains and the monks in their orange attire. I guess since the Netherlands are so flat and kinda boring, I’m easily drawn to mountains EVERYWHERE. What also attracts me to Nepal is the culture being so different than the ones I’ve traveled before: Western Europe. 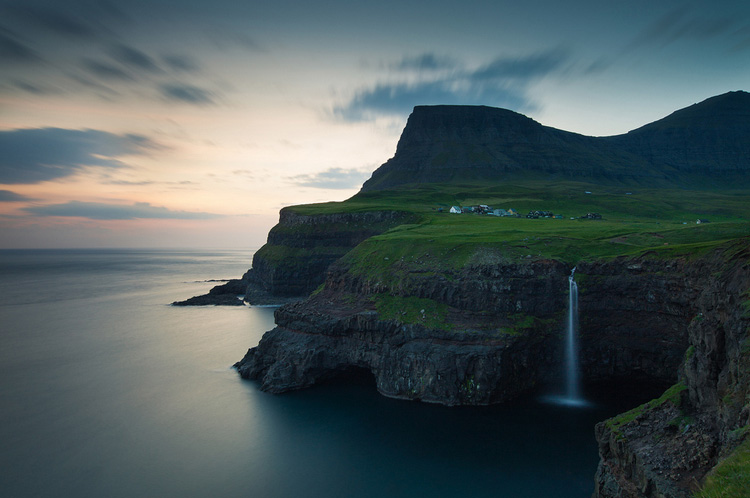 I love Iceland, I love Scotland and I’ll probably love Norway as well so… Faroer Islands are high on my list! Even though it’s not as far as the countries mentioned above, it’s still a bit expensive to travel there. But I just love the landscape, that reminds me of Scotland and Iceland so much, the beautiful cliffs and the isolation, I guess. A place were not so many people live, somewhere out there in the sea. 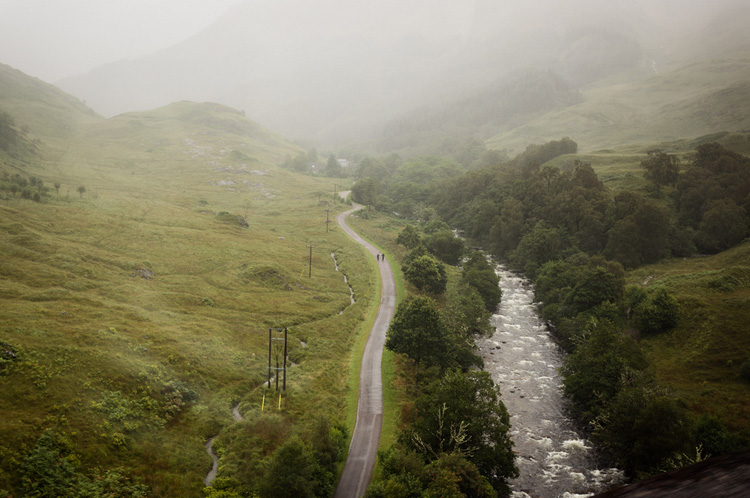 I’ve only visited Edinburgh (twice) but I really, reaaaaally, no really want to discover more of this country! A few weeks ago I came across the West Highland Trail, which is a path leading through well.. the West Highlands. If that girl from ‘Wild’ can do it, than so can I, right? Well, maybe not. But I’d love to walk that path one day, literally and figuratively. In the meantime, maybe taking the West Highland Line will do as well. 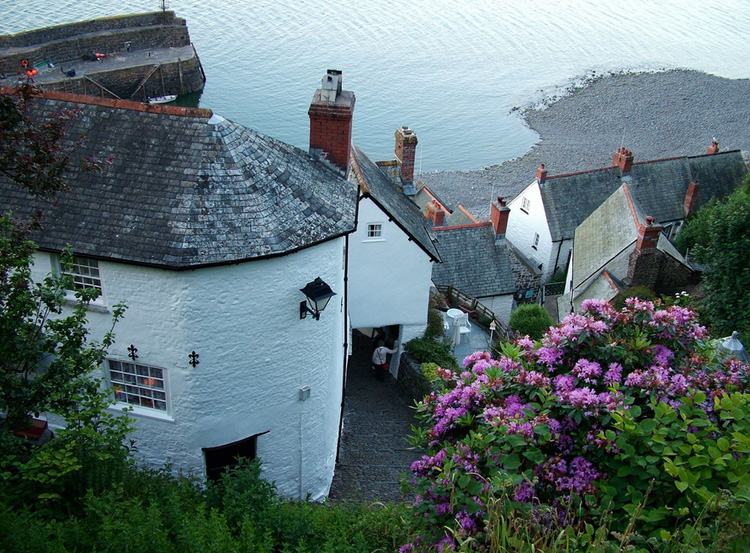 I’ve always had a soft spot for the UK, be it their endless tv panel shows, their humour, the beautiful country, the culture. Somehow the UK has always felt like home, like some sort of warm welcome. I can’t believe I dare to say this while I’ve only visited London and Edinburgh! The list of places I want to visit is so long that I don’t know where to start! A few then: Glasgow, Bristol, Brighton, Bath, Oxford, Cambridge, Wales, that-place-from-Broadchurch-which-is-apparently-called-Dorset, Manchester, Skye, the Scottish Highlands.. I think I’ll need to go on a 3 month trek to cover everything at once! 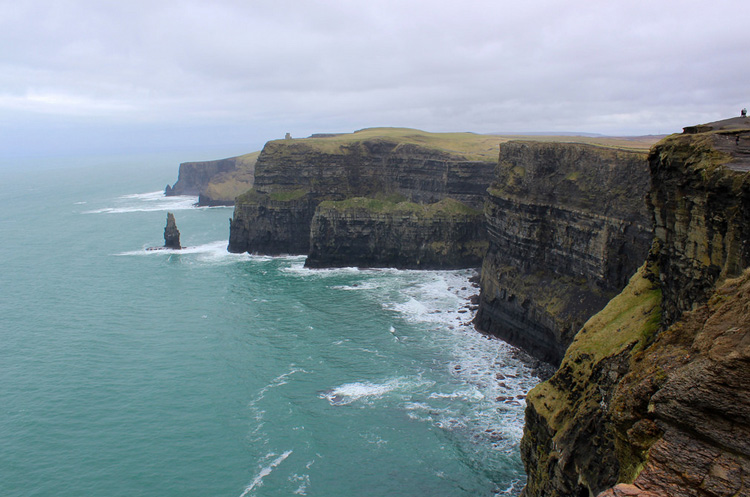 I just need cliffs in my life. I need more of them. Yes. Doesn’t really matter where, but I just really want to see more of Ireland. Why not combine that with seeing some of their amazing cliffs? 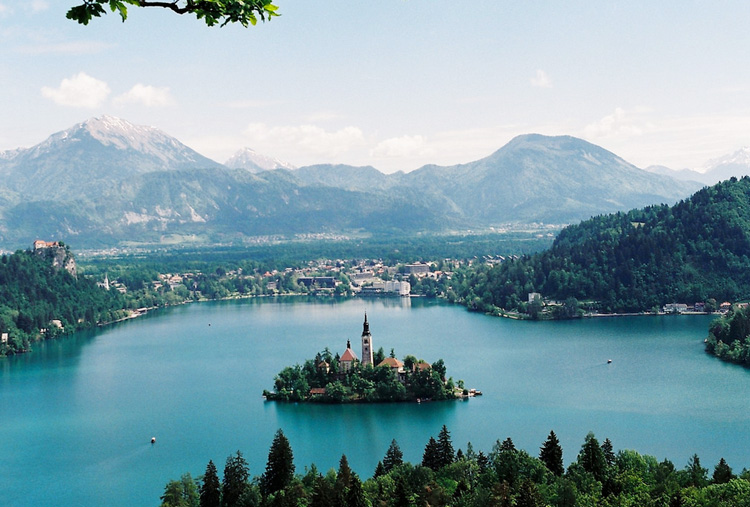 I’ve been to Ljubljana, but that’s about it. I really like to explore more of this part of Europe though! 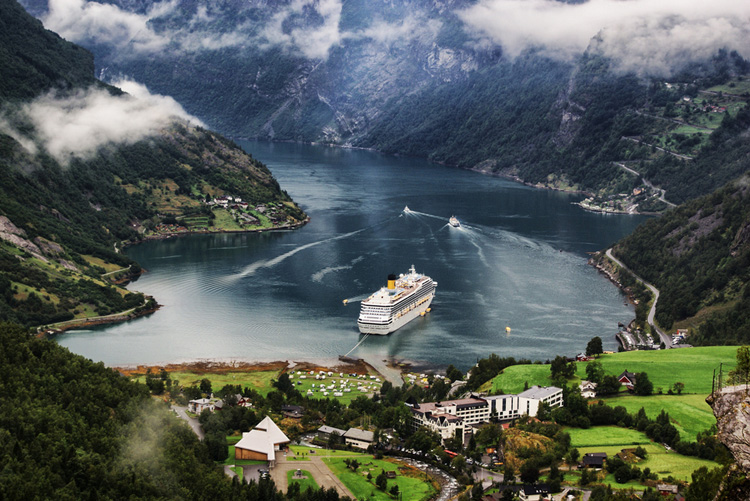 The fjords, the Preikestolen, the forests, just… everything! 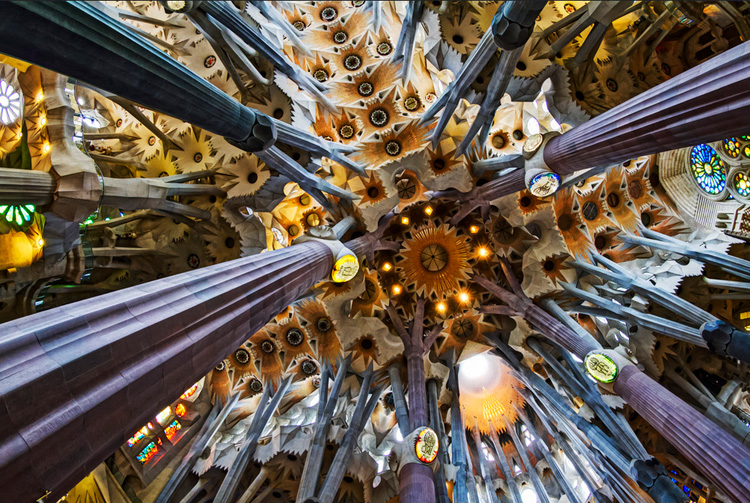 This might come as a surprise, but I’ve actually never been to Spain! Everyone and their grandmother seems to have been in Barcelona at least one time in their life, but not so much for me. I’ve been to places like Ljubljana or Zagreb, but Barcelona? Nope! When I think of Barcelona, I mainly think of paella, Gaudí and Carlos Ruiz Zafón, whose books have made me all the more excited for Barcelona. Can’t wait! 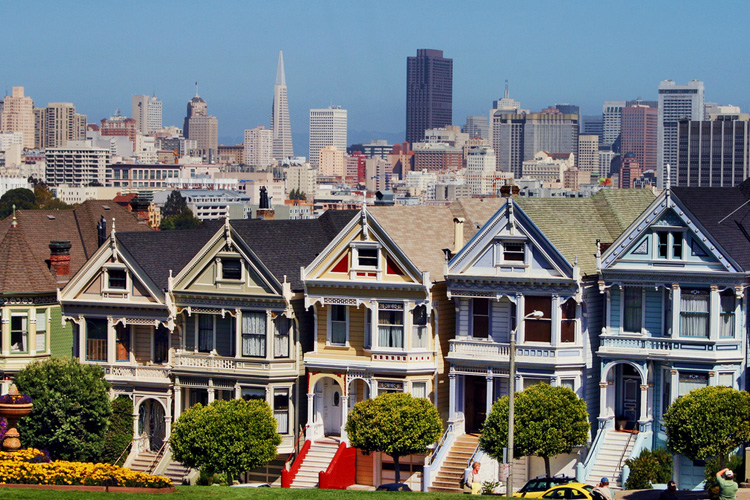 Ahhh America… I’ll be the first to admit that I don’t really feel drawn to America, at all. But somehow San Francisco has always had a little place in my heart. I’d like to visit this one more than New York (although I’d also love to visit New York, just sayin’)! The cute colourful houses, the famous bridge, the hills… yes please!

Again, I haven’t felt much for America, but recently that’s been changing. It might be due to Instagram and its hashtags #liveauthentic #coffee #hipsterstuff etc. etc. Loving the landscapes I’m seeing on Instagram, definitely want to visit the Big Sur, Oregon or Portland. If I had all the money in the world, I would go on a big USA tour immediately! So much to see, so many different landscapes and climates, in just one country! 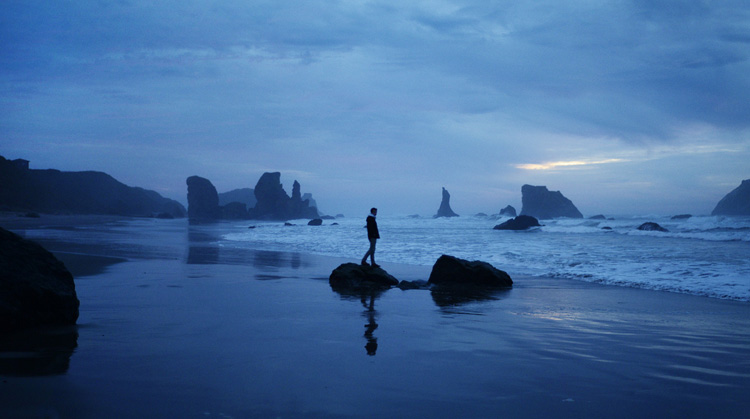 As this post is turning out to be huge already, I’ll leave you with this. There will be another post soon! As you might have noticed, I’m not really into the countries most backpackers seem to like. I don’t consider myself a backpacker, but I could see myself as one in the future. I notice a lot of people around me are really into Asia, like Vietnam, Thailand, Indonesia or India. Or into South-America, like Peru or Costa Rica. For some reason I’m not really into tropical, warm lands. I like cold, mountains, fog, grey skies, epic Lord Of The Rings landscapes, just a bit of a gloomy, eerie landscape. Yes, that’s my cup of tea!

The pictures I used are obviously not my own (except for the one on top), the pictures link to the original page. If you see your picture and you want it removed, just contact me :)

So, where should I go next? Where are YOU going to next? What’s on your list?