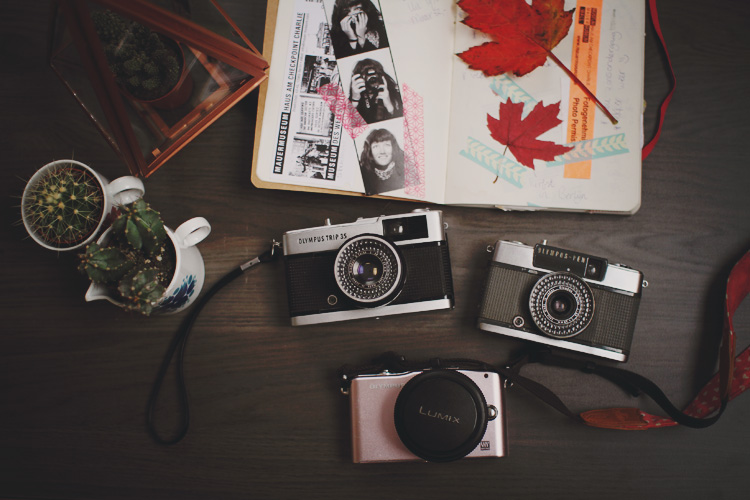 There have been countless posts about these on well-known blogs, basically everyone and their grandma has made a post about photography (while traveling). However, I also felt like making one, so here it is! I don’t consider myself an official photographer, but I have learned quite a bit over the years. Also, a few cameras from the past will be discussed… oooh exciting!

Not gonna lie though, with all these endless options nowadays, it’s a tough choice on what to bring with you on a holiday. On the other side, mobile phones’ cameras are getting better and better as well, so no need to carry that heavy DSLR with you all the time! Although, of course, the quality of a mobile phone’s camera are never gonna be as good as a DSLR. But they are easier! So what to pick? In this post I’ll show you what I usually bring with me on my travels and how to make the best of it. Hope you enjoy!

Oh and no, I do not own a Go Pro. So there will be no Go Pro’s in this post, pinky promise. Although I’m sure they’re great.

(It seems to have become quite a long ready, I sincerely apologize.) 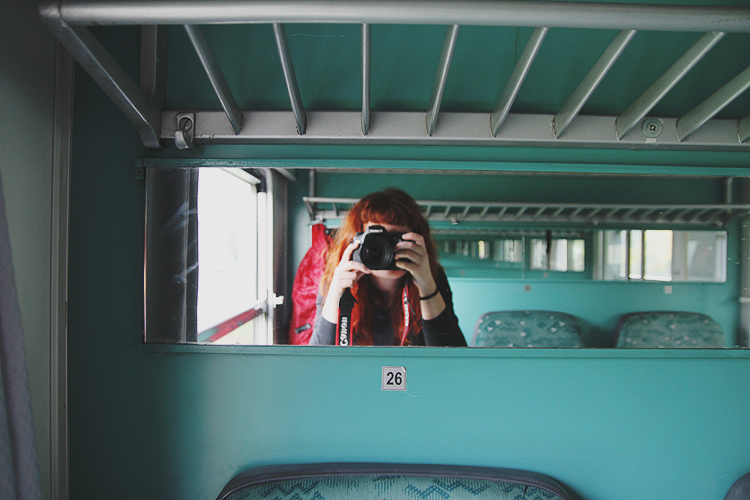 First of all, the mighty DSLR! Back in the day when I bought my first one, I had to keep explaining to everyone what a DSLR (or ‘spiegelreflexcamera’ in Dutch) meant. Hardly anyone had heard of it. Today? Every 14 year old seems to own one! Anyway, in case you’re not a 14-year old: DSLR stands for Digital Single Lens Reflex and basically is one of those big ass fancy ‘professional’ cameras. The ones where you can put different lenses on. And they are absolutely marvelous, still the best cameras out there. My DSLR is and will always be the camera I love most. So obviously, I love to bring it with me abroad. There’s only one tiiiiiny con though: it weighs as much as… well I don’t know, a small elephant? Okay maybe not, but it is ridiculously heavy though. It really depends on the model and the lenses, but I use Sigma lenses (which are made fully of glass = heavy!!). They are different than, for example, Canon’s kit lens, that’s just made of plastic. I also use a semi-professional model (the Canon EOS 7D) which is also a little heavier than a beginners body like the 1000D. This is the same for all the other brands as well, so definitely something to keep in mind if you really want to buy a DSLR and also use it heavily for traveling.

I used to take it with me on my travels all the time, even on my Interrail trip where it hardly fit into my backpack (together with my laptop! What was I thinking? I did a ‘turtle’ while putting my backpack on almost daily, ouch). Half a year later I went to Dublin and took it with me too. For some reason I was astonished and disappointed by it’s weight, my shoulders were aching the whole day, my back hurts, I was just sick with it! Ever since, I have left it at home for almost every trip and took my Olympus Pen with me instead!

Conclusion: a DSLR will definitely give you the best pictures and, if you’re like me and really like to take some artsy selfies, they’re the best for that too. But the weight, for me, is definitely not worth the hassle. I usually leave it at home, or if I go to a country that I really really want to photograph in all it’s glory (like Iceland) I take it with me, together with a lighter camera. So I can use the lighter one on day trips or when I’m in the city, and the DSLR for when I’m in the country and want to take some amazing pictures. Mine is particularly heavy though, cheaper models (for beginners) will be a lot lighter as well. However, it will still be big, and take up a huge amount of space in your hand luggage. Something to keep in mind if you want to buy a new camera! 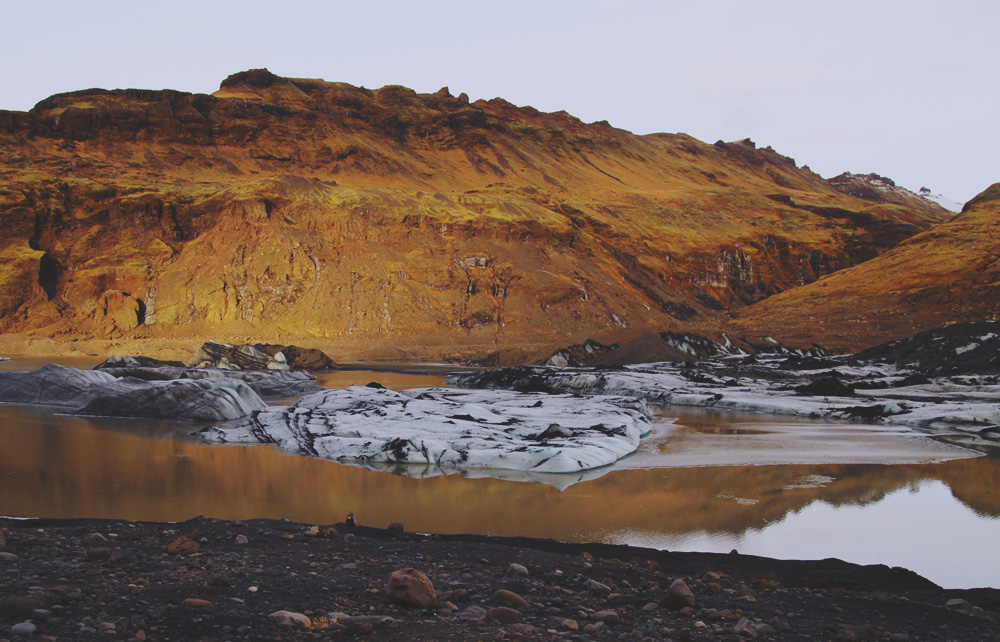 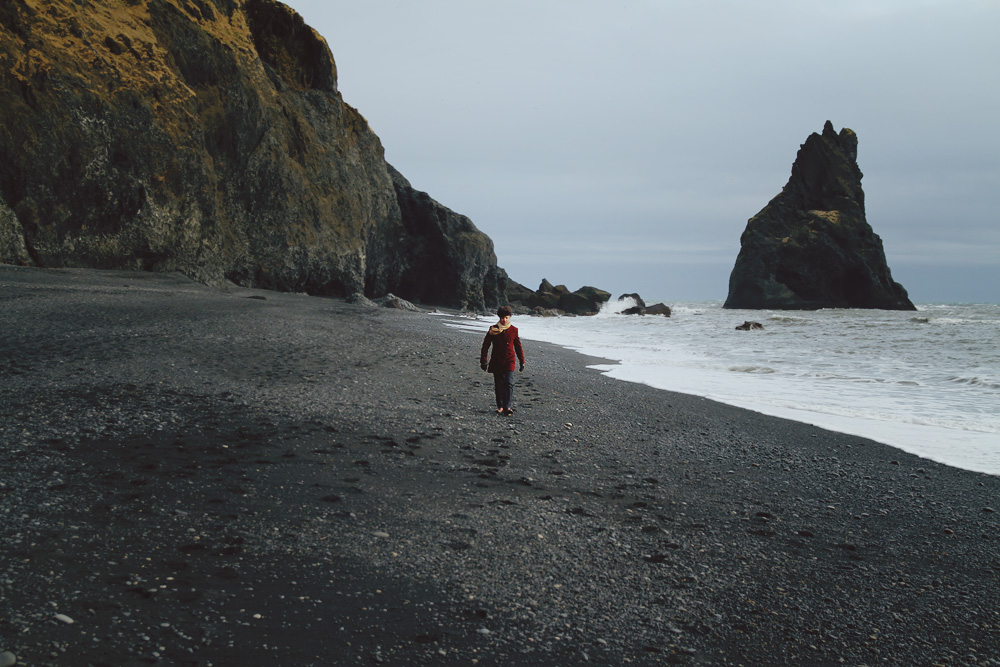 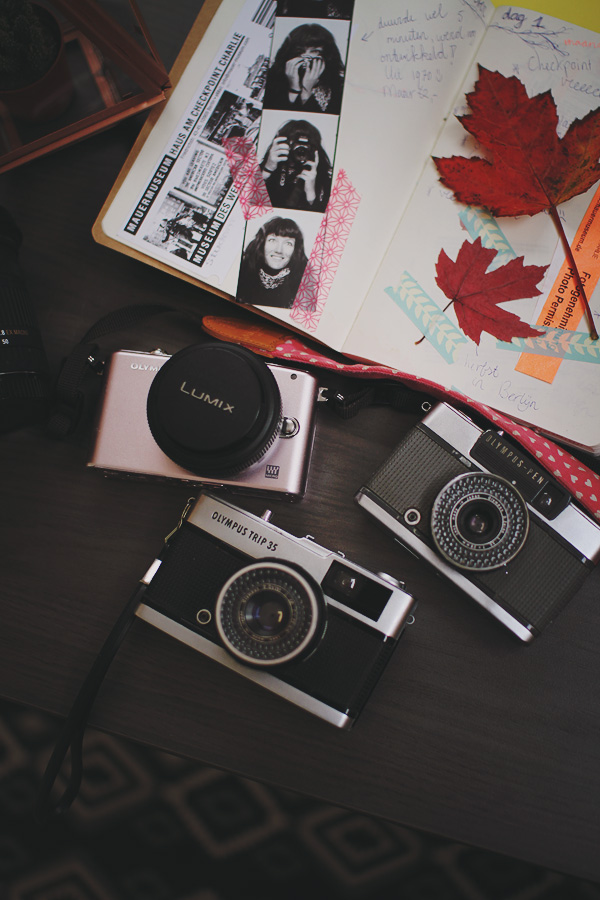 My Olympus Pen E-PM1 is my go to city trip camera! A few years ago I bought the Olympus Pen P1, the first micro four third camera back in the day. In short, a micro 3/4 camera (also called ‘system camera’) is basically a smaller DSLR, without a mirror. It has the advantages of a compact camera, but also of the DSLR! You can use different lenses, have access to all the settings. Sounds perfect right? Well, it kinda is! Not entirely though, although my E-PM1 is a little outdated, it’s a little slow. It’s not like a DSLR, where you push the button and the picture is taken immediately. It’s more like a compact camera in that way: the shutter is a little delayed. However, my E-PM1 is a lot faster than the original Pen, so I’m sure the newer models are a lot faster. I don’t find it annoying though, when I’m traveling I mostly take pictures of landscapes and buildings anyway, no need to take super quick pictures ;)

So if you’re looking for a small camera that snaps great pictures, I’d totally recommend a micro 3/4 camera! It’s so much better than a compact camera, yet not as big and heavy as a DSLR. Keep in mind though that most of the lenses are still kinda large, you have to ‘pull them out’. But they’re still light and small compared to the lenses of a DSLR. The lens pictured above is a Lumix F1.7 17mm pancake lens, which is a really great and small lens. However, while traveling I often use the kit lens!

Models are kinda expensive and often as expensive as a DSLR, but have a look at older models! They can be really cheap, my E-PM1 was only about 200 euro (including the kit lens!) and after years it still works like a charm! And it’s pink! Although I prefer the old school look the other Olympus Pen cameras have, pink is also fun, right? Sony and Nikon make great system camera’s as well!

To see more pictures of it, look here. And below a few snaps from it! 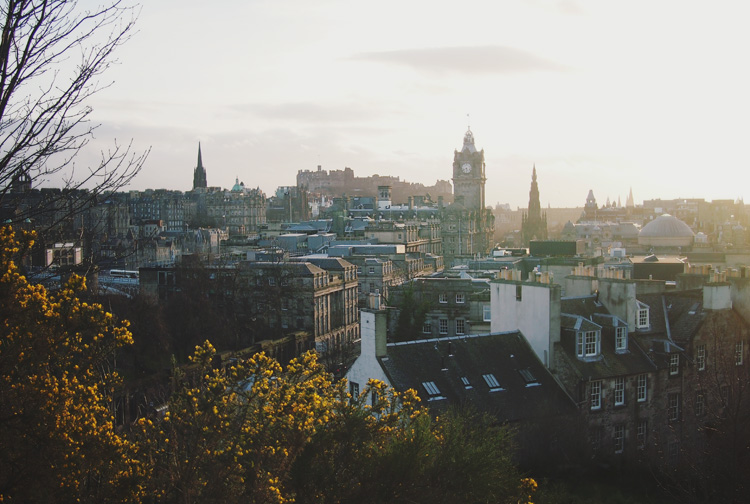 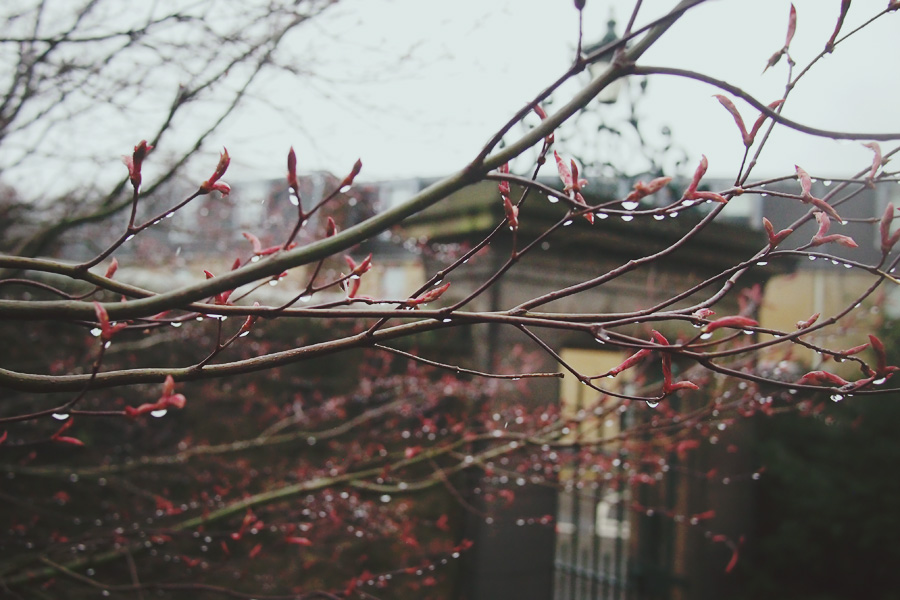 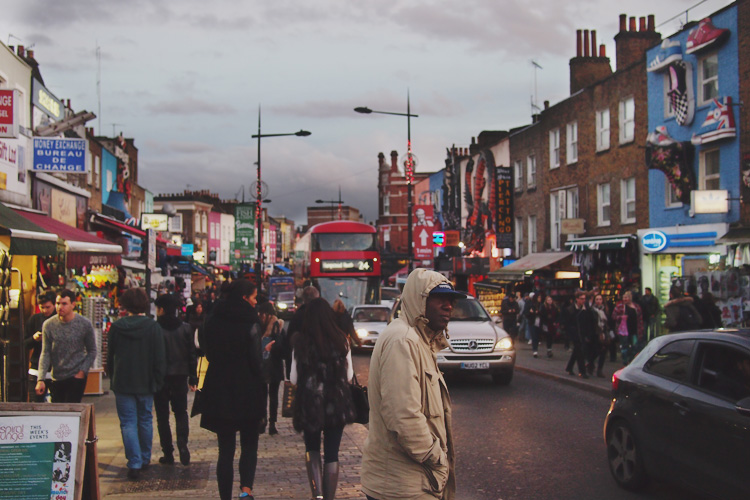 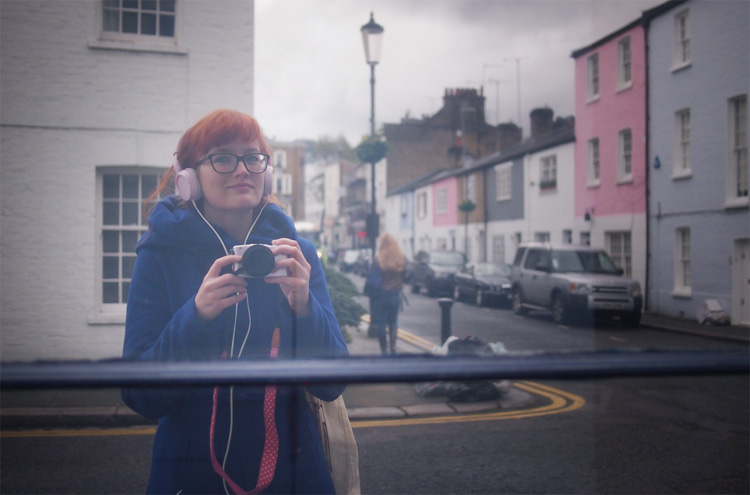 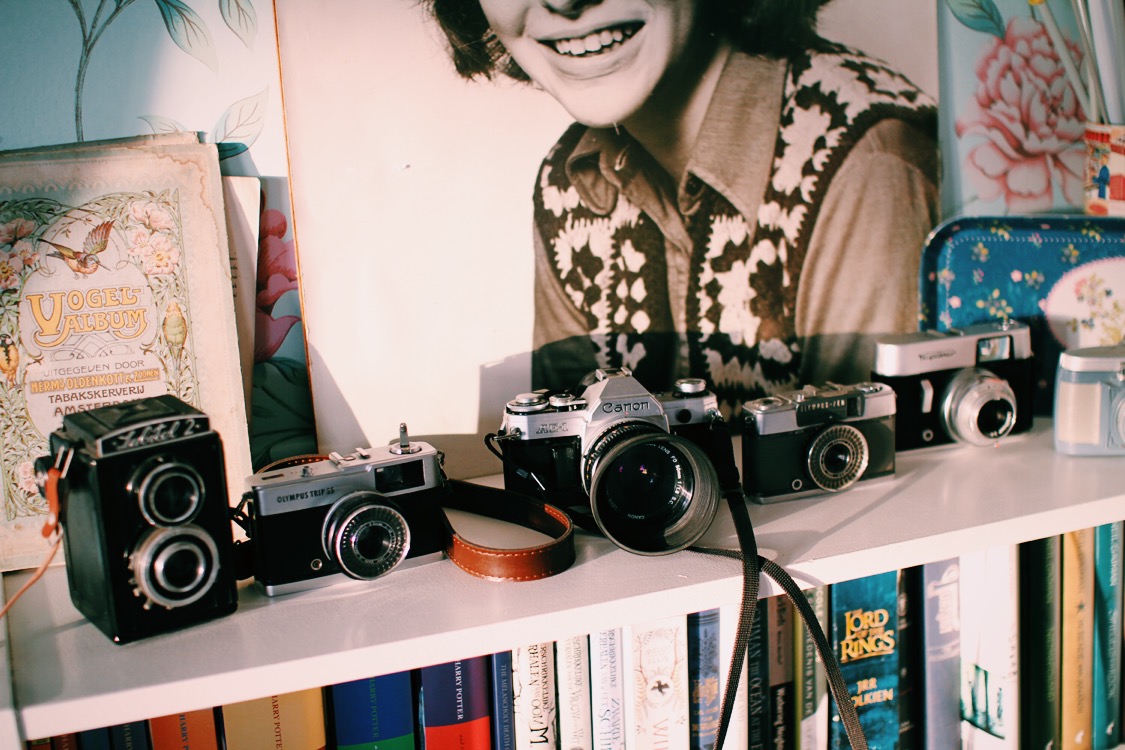 I own a lot of old cameras, but not often do I take them with me while traveling. Although it’s a shame, really, because film gives pictures such a beautiful charm. Of course, there are filters for that now, but they still don’t come close to the real deal. If you’re a control freak like me though, you’ll just make sure to take pictures with a digital as well, just in case. But honestly, part of the fun is of course not knowing what the pictures will look like when you’re home and be surprised by it later!

You can buy a lot of them cheaply at the thrift store. Pictures below were taken with my Olympus Trip 35, a small camera I bought for 1 euro! This cameras are kinda heavy though, because they’re mostly made of… metal? I have no idea, but they’re definitely not plastic fantastic and heavy. Small cameras like the Trip 35 are definitely doable, but analog DSLRs? Ouch, please no, leave that one at home… 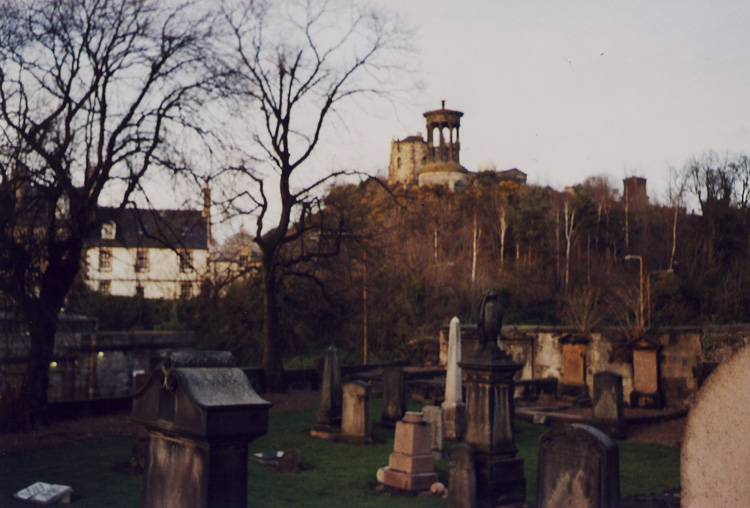 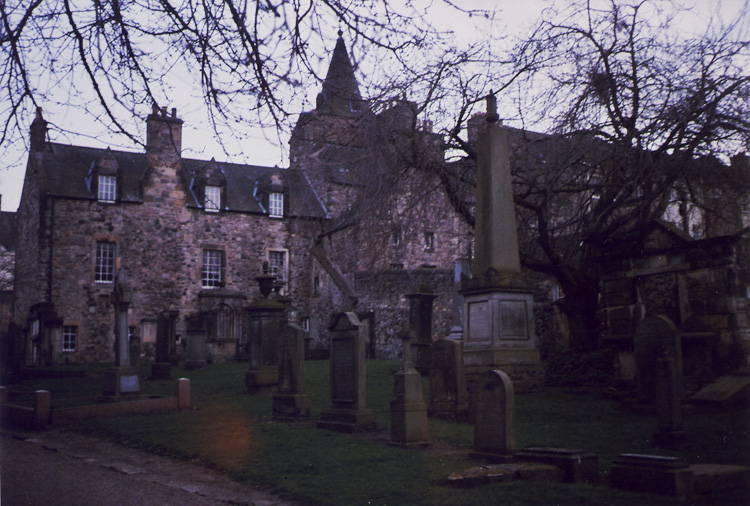 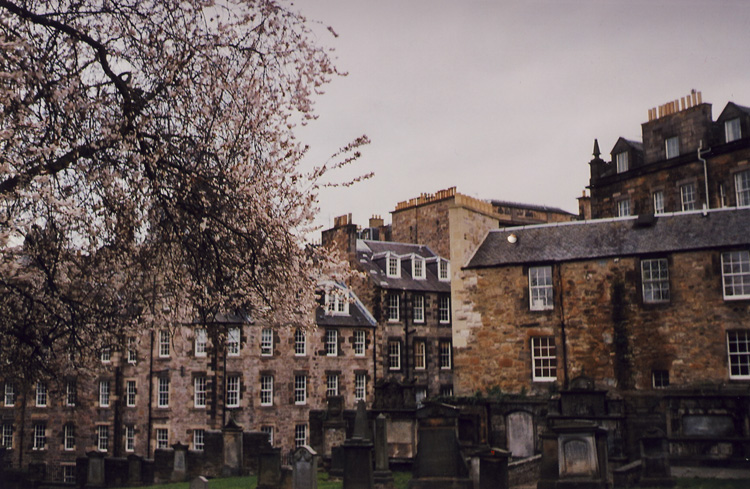 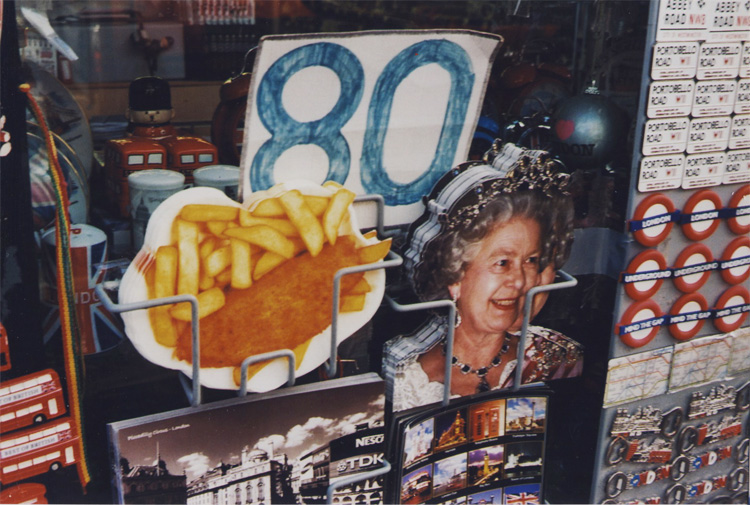 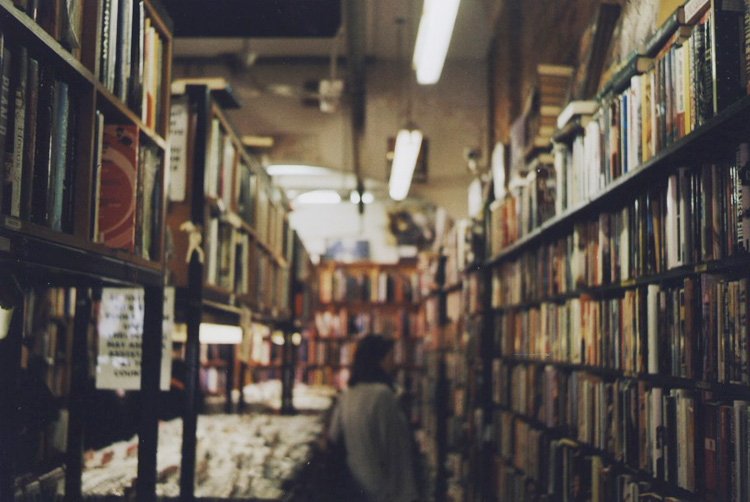 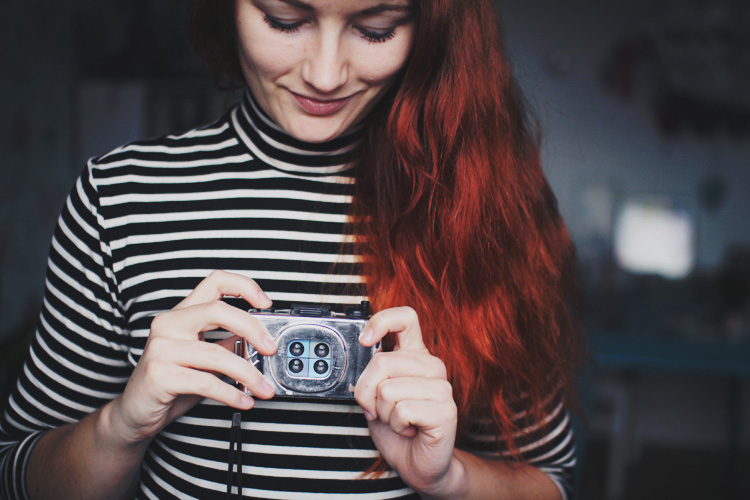 If you’re feeling really adventurous, you might op for a lomo camera! These plastic toy cameras are light and easy, so easy for traveling. Most of them (all?) don’t have a viewfinder though, so you have no idea what you are photographing exactly. And that’s just part of the fun! I only own an ActionSamplr though, a funny camera that is a little bit.. useless, I guess. I haven’t used it for years, but I still remember taking it with me to Berlin and all my classmates laughing at me when I took a picture again, because it was such a weird sight: me waving with the camera without really looking, trying to create a movement. You can use all kinds of film, most big towns like London even have a lomography store! However, with the mobile phones and instagram filters taking over nowadays, film seems to be a medium that is vanishing more and more. The lomography store in Amsterdam is closed, sadly. But you can buy these at many places, I bought mine at a museum! And you can sometimes buy reduced old film at local grocery stores, which might give you that cool lomo effect.

Sadly I couldn’t find any of those pictures, so here are two boring ones from Rome haha. 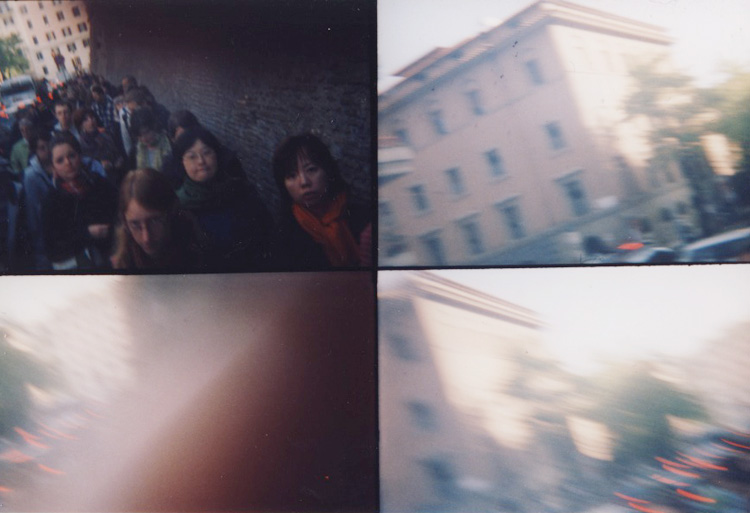 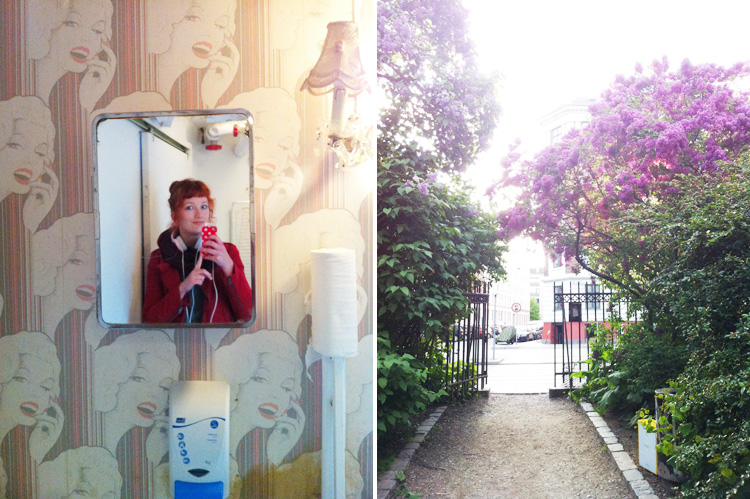 Last but not least: the phone camera! This is of course such a big part of our lives nowadays, that I feel it deserves a post on it’s own though. this one is long enough already!

I’ll be writing two more posts: one about some camera gadgets (for traveling) and tips for taking the kind of self portraits that I do, and another one on photography on the mobile phone! So yeah… make sure to check that out later, or something.

P.S. can you guess where these pictures were taken? 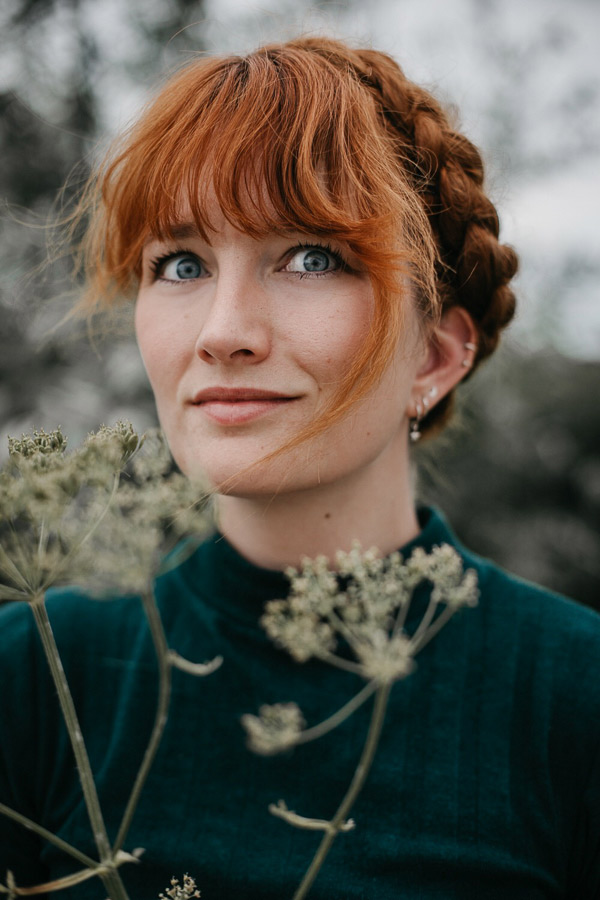